The day began with a penguin feed, followed by breakfast ahead of their day’s activities!

Staff learned all about communicating with animals followed by a very interesting demonstration regarding the training of Leopards. It was then time for staff to get involved by participating in their own communication tasks. Staff split into teams whereby each team was steered through a course whilst blind folded! To make the task even more challenging, communicators were not permitted to use the regular directional words such as left, right, forward etc. To confused onlookers, the teams could have been auditioning for a part in ‘The Walking Dead’ with their zombie like stance.

Following a lunch break, staff worked in groups to carry out a ‘Blue Peter’ style exercise constructing feeding toys for the Baboons which were placed in the cages before they were released to play.

All staff agreed it was a very enjoyable day and a great way to get to know each other that little bit better. 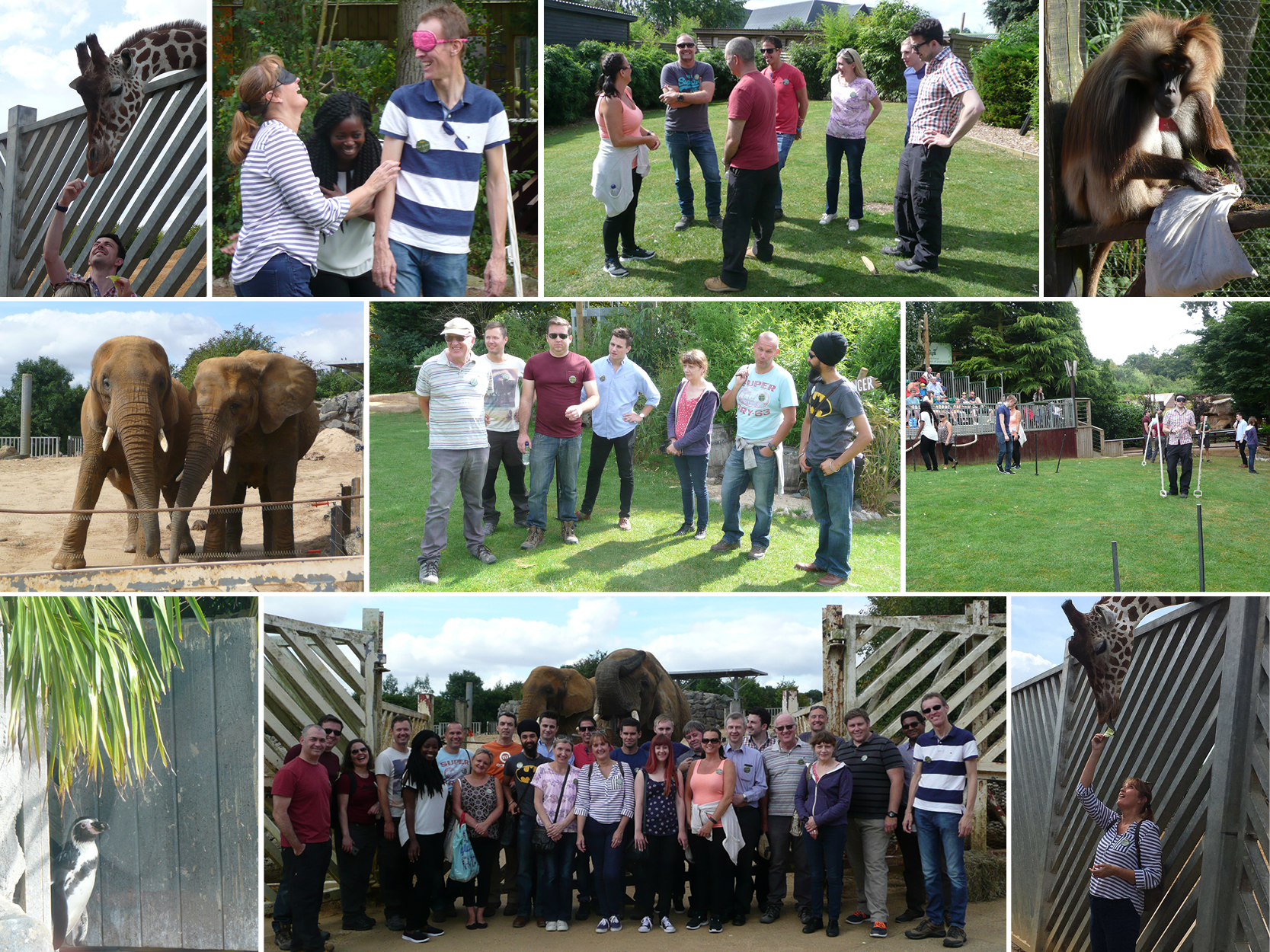