Our Colchester office recently enjoyed an afternoon at Colchester Zoo for their latest team building event where they took part in a treasure quest.

Staff left the office at lunchtime and congregated outside the zoo entrance before making their their way to Penguini’s Restaurant where they enjoyed a buffet lunch, a great selection of pasta, pizza, mezze and a very indulgent dessert table! The treasure quest started at 2pm and teams were announced by the zoo’s team building host.

Each team embarked upon the treasure quest armed with only a treasure map and some basic equipment. The teams had to race against time and each other to solve the riddles, complete the tasks and answer the questions that stood between them and the glory of claiming the Lost Tracker’s treasure for themselves.

With both physical and mental challenges along the way, the quest had something for all abilities and tested skills in lateral thinking, problem solving, planning, time budgeting and of course working together as a team. But ultimately, only the most successful team could claim the right to step forward and take on the final challenge and see if they have what it takes to claim the Lost Tracker’s treasure! All teams returned to the team building hut when time ran out and the scores were calculated, with Penguin Posse reigning as the champions!

The quest finished around 4:30pm with a little time left over to have a wander around before meeting at a nearby pub for some well-earned drinks! A great time was had by all, thanks to all those that organised the event! 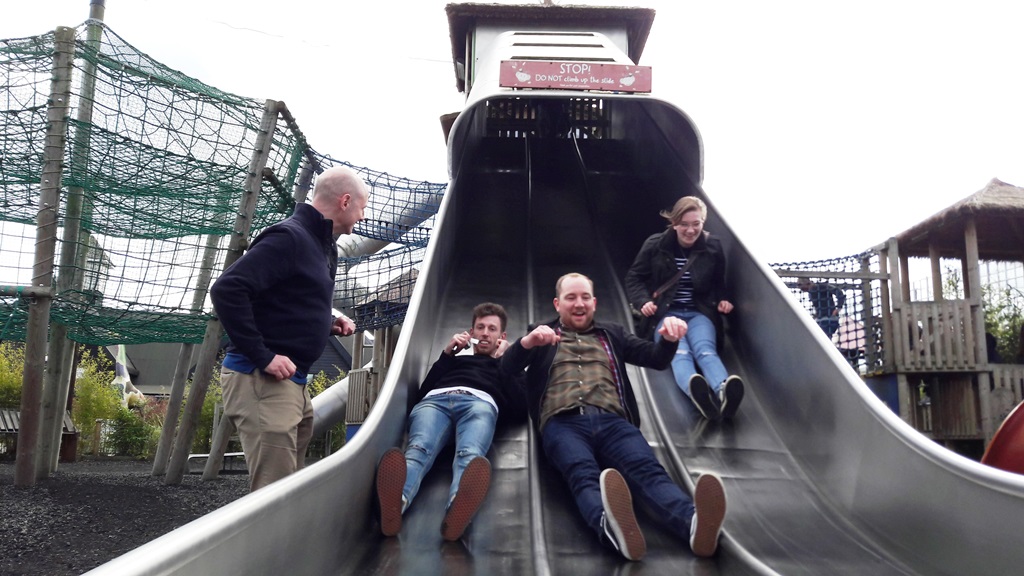