This exciting project involved the reuse of the BMW Pavilion from the 2012 Olympic Park, which London Borough of Bexley bought from BMW for just £1!

The structural steel frame was re-erected as part of a combined project between Chislehurst and Sidcup Grammar School and London Borough of Bexley to provide additional dedicated Sixth Form facilities.

Construction commenced in February 2015 and the building was opened by Boris Johnson MP at the beginning of March 2016.

The time lapse video below supplied by the contractor, Beardwell Construction, captures the project as it was constructed and also includes a snippet of the internal works! 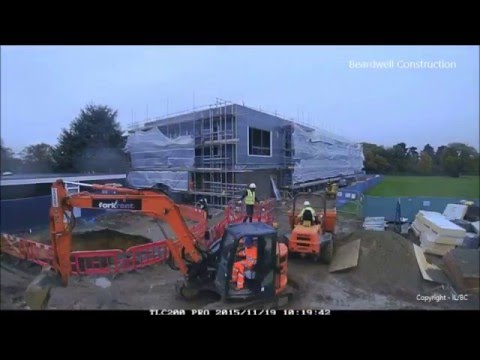