12 teams including 2 Ingleton Wood teams, took part in the annual tournament at Rushmere Sports Club, Ipswich. All teams played over 2 leagues with the winners and runners up of each league going through to semi-final and final stages.

League A consisted of the Ingleton Wood A team, Rose Builders, One Group, Ellisons, Birkett Long and Conrad Consulting. This proved to be a passionately contested league with some stunning skill exhibited by all teams especially from our own Ingleton Wood A team and newcomers One Group, both of whom progressed through to the knockout stages. Unfortunately, last year’s champions Conrad Consulting failed to progress from the group stages this year.

League B consisted of Gipping Construction, Ensors, Langley’s, Bower Fuller, Bauder and the Ingleton Wood B team. This was also a close call with 3 teams neck and neck for the first 2 qualifying places of the league with only goal difference separating each team for most of the afternoon. Langley’s eventually triumphed as winners of the league with Bower Fuller a close second. The highlight of the day was undoubtedly the grudge match between roofing specialists Bauder and Langley’s, with the eventual winners Langley’s sealing qualification as league winners. Ingleton Wood B team unlike their A team colleagues, struggled with form and goal scoring in general!

The semi-finals saw Ingleton Wood A team take on Langley and Bower Fuller Vs One Group. Bower Fuller came out as the clear winners over newcomers One Group however the other semi-final was much closer. After a gruelling and competitive 12 minutes of football between Ingleton Wood A team and Langley, both did not concede and the dreaded penalty shootout loomed. Both teams calmly slotted their first 3 penalties home which meant sudden death penalties were next. Langley kept their nerve and scored again with Richie ‘Southgate’ Spillane sealing Ingleton Woods fate and seeing Langley through to the final.

After a tough 12 minutes of football between Bower Fuller and Langley’s this matched once again resulted in a penalty shootout to determine the winner of the tournament. Both teams calmly converted penalties from the spot with Bower Fuller eventually coming out on top as this year’s campions!

A huge thank you to all the teams that took part on the day, we raised in excess of £600 for St Elizabeth Hospice, and especially Bower Fuller, well played boys! We hope that we will see you all again next year! 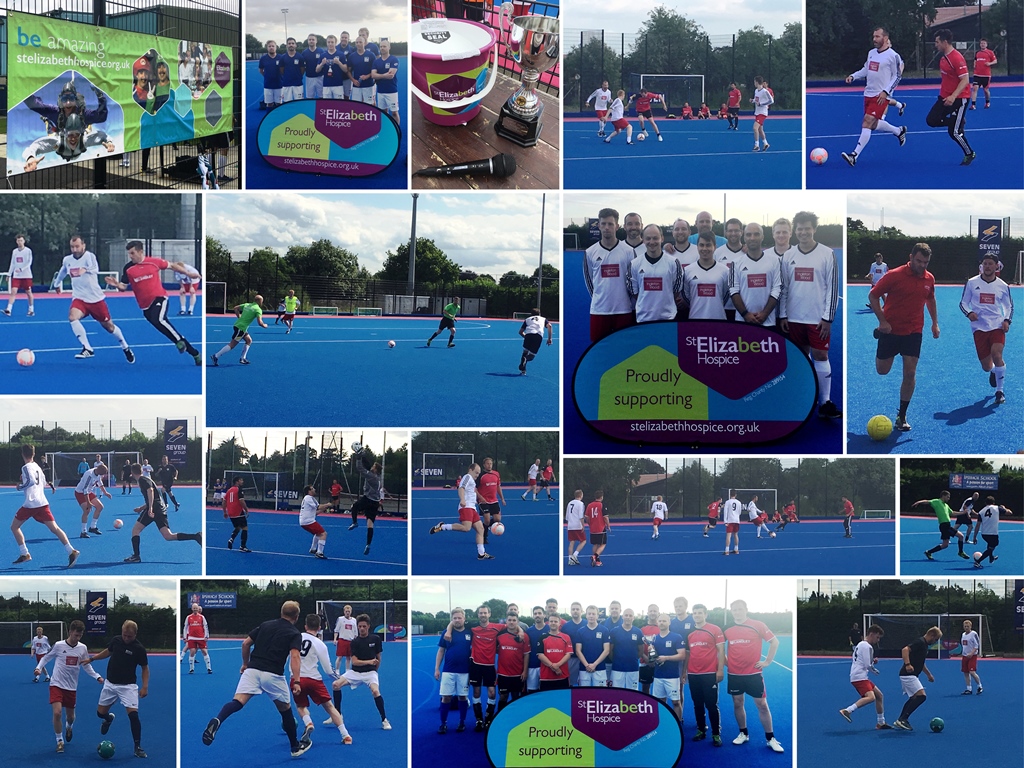