On a chilly Sunday morning in September Ingleton Wood Martindales and Ingleton Wood staff joined thousands of runners who took to the streets of Cambridge for the annual ‘Chariots of Fire’ relay race in aid of Alzheimer's Research UK.

Our team of six consisted of Nick Bryant, Antony Brown, Anthony Baily, Andrew Kent, Sally Eggar and Kirsty Thompson. Each runner took it in turns to run a lap of the 1.6 miles route which goes through the centre of Cambridge and through the grounds of the City's famous colleges.

The event is in its' 26th year and has raised over £1.1 million to date for various charities. Each year a different charity is selected, this year being Alzheimer’s Research UK.

Well done to all staff that took part for such a worthy cause. 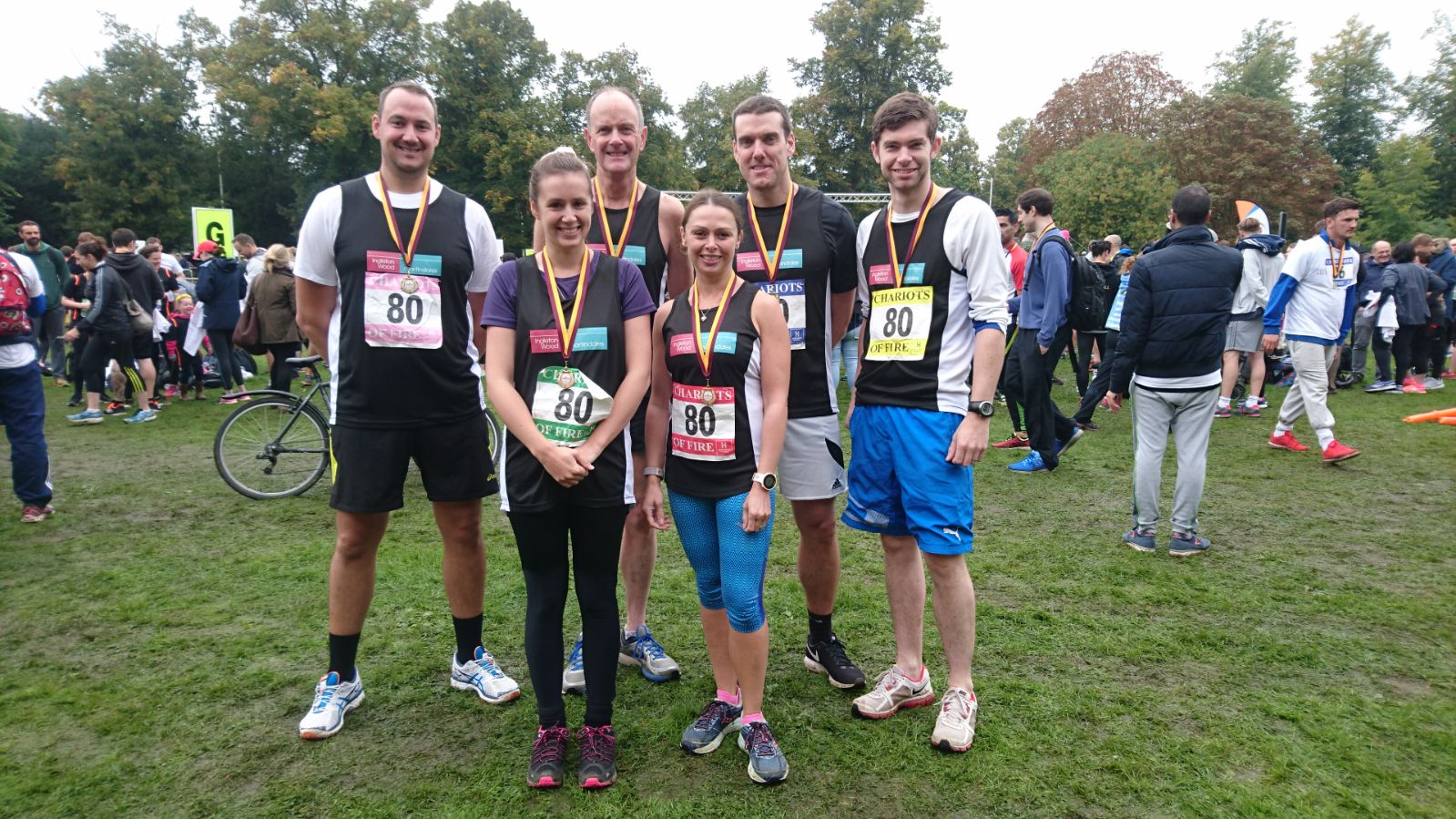