A dozen employees put on their walking boots and set out on a 30-mile expedition along the Ridgeway, raising a total of £750 in aid of Street Child.

Street Child supports some of the most vulnerable children in the world, building schools, training teachers and protecting children in emergencies.

The walk began from Overton Hill, just outside Marlborough in Wiltshire and finished in Wantage, Oxfordshire.

John Dixon, partner and architect at Ingleton Wood, who also took part in the walk, said: “The team set off very early in the morning for the full 12 hours walk, passing some spectacular scenery including hill forts and ancient sites. It was a great effort by the team and to raise the amount of money for a great charity was really fantastic.”

Chloe said: “We would like to thank the team at Ingleton Wood for choosing to fundraise for Street Child. The money raised will help support our work as we continue to transform the lives of more than 100,000 children across Sierra Leone, Nepal, Liberia and Nigeria. 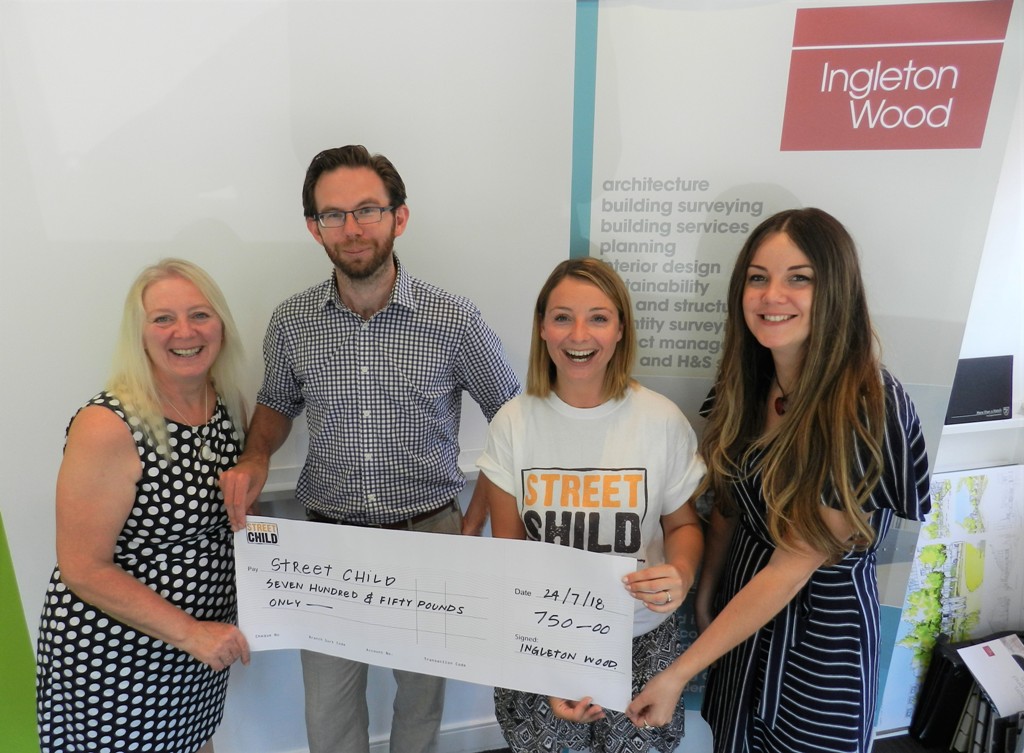