Some daring staff from our London office will be abseiling down the side of the Royal London Hospital in support of the London Air Ambulance.

The team join other fearless fundraisers to launch themselves from the highest rooftop helipad in Europe, The Royal London Hospital in Whitechapel from 17 floors up. The free hang aspect (no body contact with the wall) only adds to the sense of exhilaration as they experience the East London skyline from a whole new angle.

London’s Air Ambulance is the charity that delivers an advanced trauma team to London’s most seriously injured patients. Using a helicopter from 08:00 to sunset, and rapid response cars at night or in adverse weather situations, London’s Air Ambulance brings the hospital to the patient when time is critical. They perform innovative and potentially life-saving procedures usually found in the emergency department on-scene. The team, consisting of an advanced trauma doctor, paramedic and consultant on most missions, can perform treatments such as open-heart surgery, blood transfusions and general anaesthetic by the roadside. By providing intervention as quickly as possible after injury, the charity aims to give patients the best chance of survival, and best quality of life, after trauma.

To help increase the efficiency and speed of this service our own Ingleton Wood Design team, led by Director of Architecture Trevor Halls, has been working with the Charity at the Royal London Hospital site to enhance the accommodation for the flight crew and to bring it closer to the underside of the helipad itself, 90 metres above the ground. The Air Ambulance charity is close to Trevor’s heart as his own son was picked up by helicopter from a remote spot after a bicycle accident 3 years ago.

They serve the 10 million people that live, work and travel within the M25, treating an average of five patients every day. The most common incidents they attend include road traffic collisions, stabbings and shootings, falls from height and incidents on the rail network.

The charity has been running 30 years and has treated 39,535 patients, with 1,656 patients last year alone.

Please donate what you can. Every single donation helps the cause, plus the generous Partners of Ingleton Wood have agreed to contribute £50 per person that joins the Ingleton Wood abseil team, which is great news for the charity! Donations can be made via the JustGiving fundraising page here. 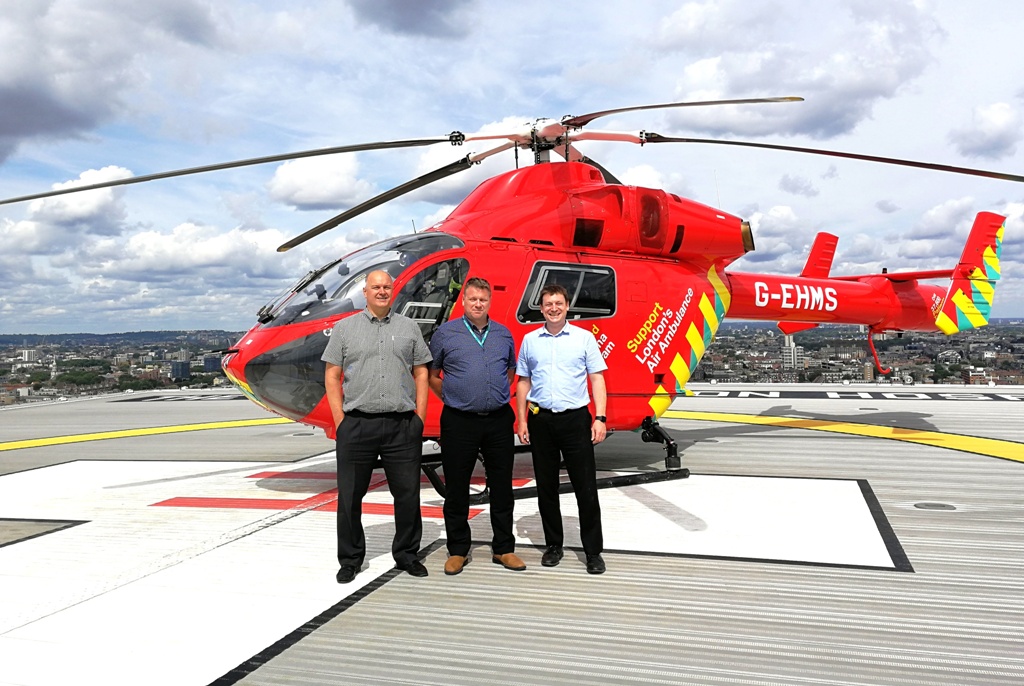