Ingleton Wood entered the Surveyors World Cup on Friday 21 June at ‘Goals’ in Romford, organised by The Downwell Group.

Our team was represented by a few offices, Steve Marrison of Norwich, Pablo Casuso of Billericay and Scott Barlow, Harry White, Harry Taylor, Andrew Marchant and Geoff Reed from Colchester.

Ingleton Wood started the day off well, with a resounding win and some excellent goals. The first game Scott Barlow (otherwise known as ‘the cat’) was a mere spectator but came into his own in the second game pulling off some fine saves. The team won the first 3 group games in fine style, playing some first-class football.

Unfortunately having to play back to back in the heat, the players ran out of steam during the last game and narrowly lost, which ultimately would cost them dear as they finished second in the group. In the last 16 they played the eventual winners Kier London, losing 4-1, however if the team hadn’t lost key player Andrew Marchant to injury the result could have been very different!

The team performed brilliantly, and all had a good day. The side had a good mix of disciplines, from Surveyors, Engineers to Sustainability – Better luck next year team Ingleton Wood!

All teams that took part the Surveyors Cup 2019, with Ingleton Wood to the far right 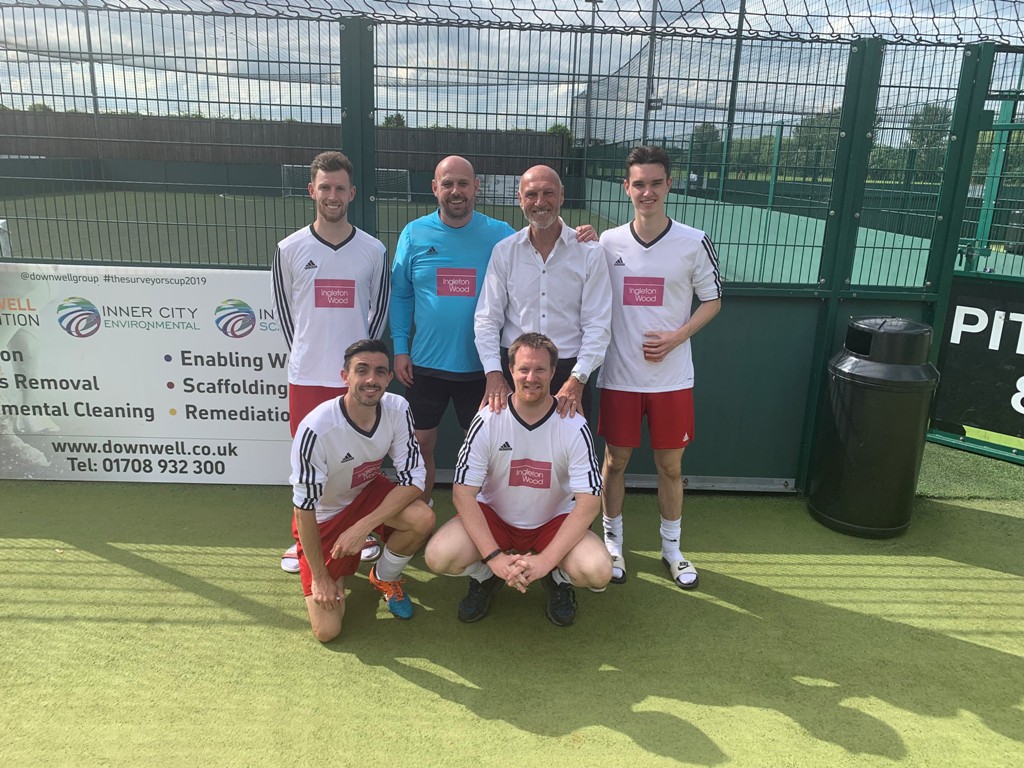 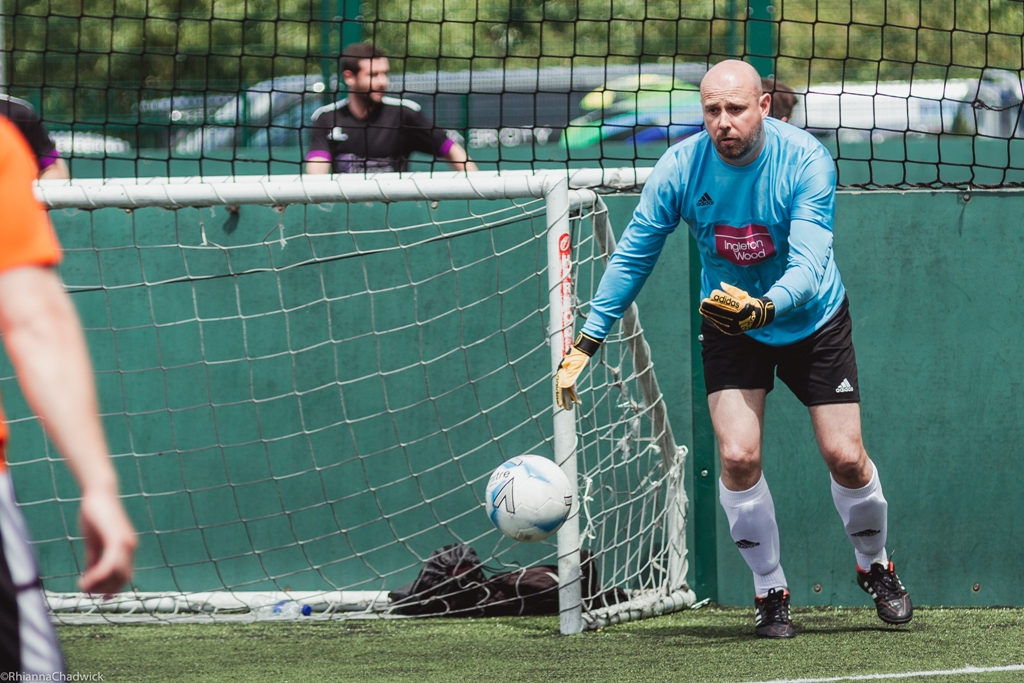 Scott Barlow, AKA 'the cat' in goal 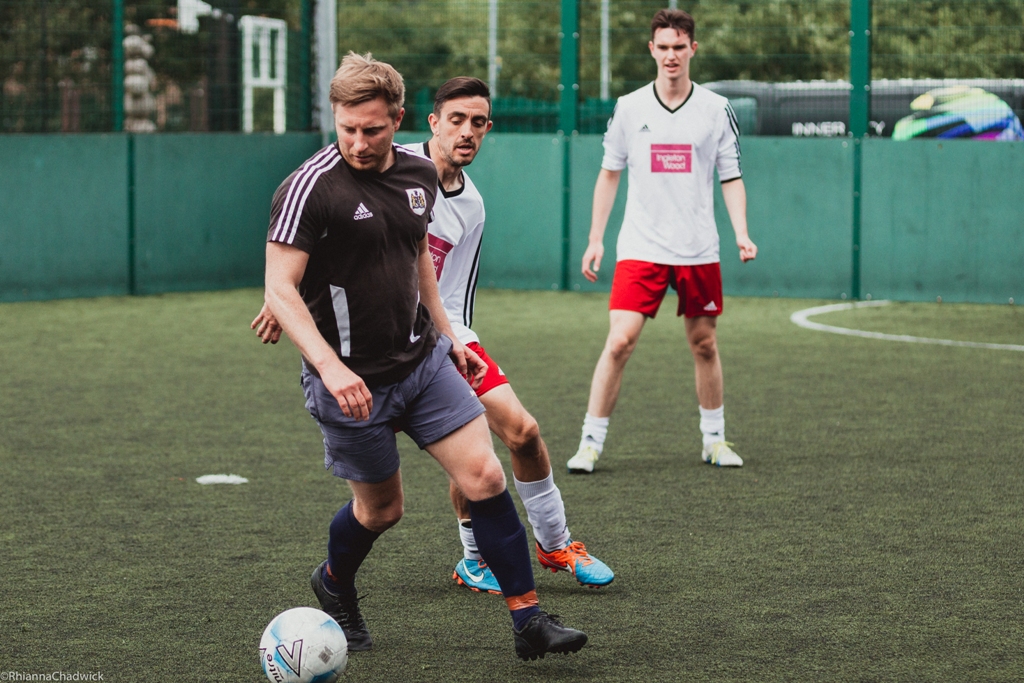