Our work to convert a former town centre nightclub into a new ‘easyHotel’ is progressing well and should be complete by September this year.

The £5million project will feature 94 bedrooms, as well as a coffee shop on the ground floor of the Grade II listed former Groove nightclub in Northgate Street, Ipswich.

Mike Miller, Head of Civil and Structural Engineering at our Cambridge office, which has provided civil and structural, as well as MEP engineering design services for the project, said: “We’re delighted to be involved with such an important development in Ipswich’s town centre.

“The building had been empty for some time, so it’s great that our team’s efforts are paying off and the new hotel is starting to take shape.

“We’ve been adapting the existing structure to suit the new use, while ensuring the changes are sympathetic to its Grade II listed status.”

The Ipswich easyHotel is one of four currently under construction in the UK, with others in Birmingham, Liverpool and Manchester all in the pipeline.

The chain, founded by Sir Stelios Haji-Ioannou in 2005, already has eight hotels in and around London and others in Edinburgh and Glasgow.

The work in Ipswich was granted planning permission last summer has been carried out in partnership with architects Axiom. 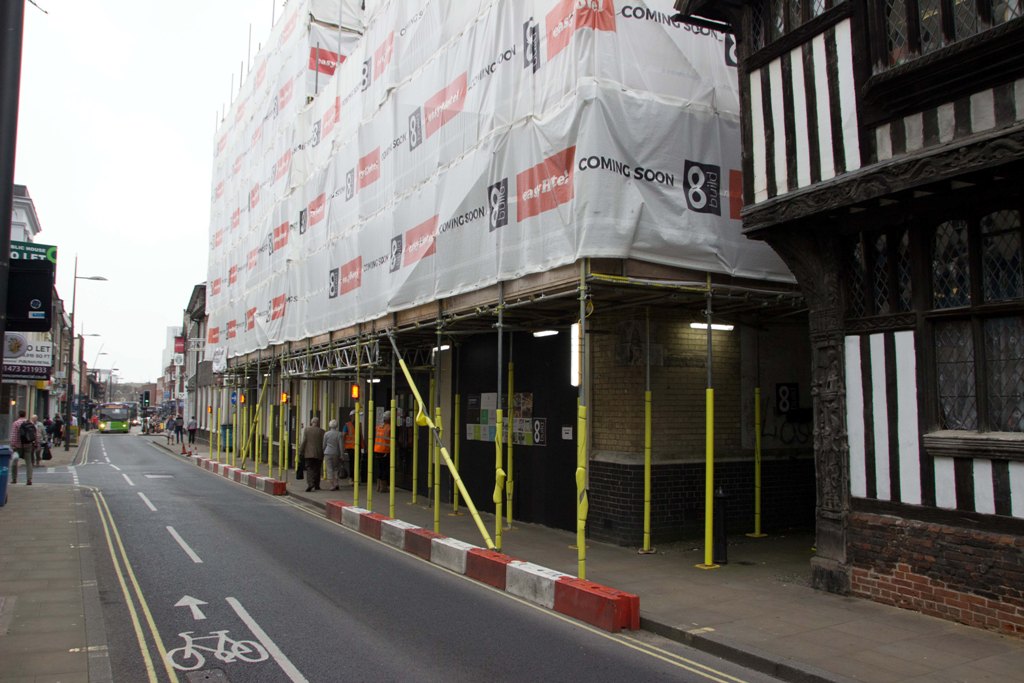