A £560k scheme to revamp the grounds and exterior of flats owned by Tendring District Council (TDC) has taken a major step forward.

A multi-use games area for football and basketball has been built as part of the regeneration work in Grove Avenue, Walton-on-the-Naze, which is being project managed by Ingleton Wood.

Garages and garden stores have been demolished and rebuilt, while new decorative landscaping, planting and communal seating areas have been installed as part of the facelift to improve the area outside the three blocks of flats.

Work to the communal entrance areas, including new external balustrades, security doors and internal refurbishments, have also been carried out in the flats.

Building Surveyor Harry Taylor said: “This has been a very exciting renovation project and the improvements should make a major difference to residents.

“This is another fine example of community investment in north-east Essex and we are delighted the full picture of the renovation is beginning to take shape.”

Proposals for the third stage of the work are expected to include decorative landscaping to the remaining external areas and a redecoration of the blocks of flats.

Cllr Paul Honeywood, TDC Cabinet Member for Housing, said: “It is important that we maintain high-quality homes for our tenants, and this includes not just the buildings themselves but also facilities available to them.

“We hope the games area, revamped garages and stores serve tenants well for years to come at this site.” 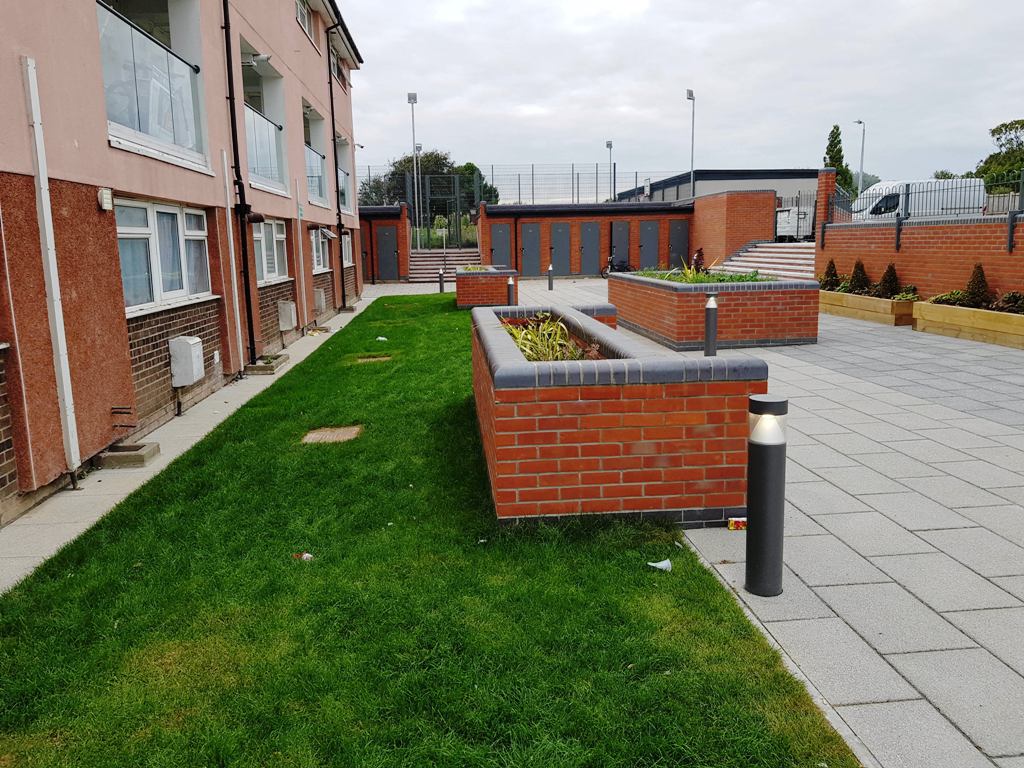 A £560k scheme to revamp the grounds and exterior of flats in Walton on the Naze has taken a major step forward.