A cliff at risk of collapse in a built-up area of Greenhithe has been saved following a £1million rescue operation headed by our Structural Engineering, Project Management and Quantity Surveying teams.

Dartford Borough Council appointed our Billericay office to inspect the cliff, with experts discovering that an excessive amount of trees, shrubs and other foliage was adding too much weight for the cliff to support.

A year-long rescue project was launched to remove the surface coverage of foliage without damaging the cliff face or destroying the animal habitats living on and around the site.

In addition to securing animals habitats, the team prioritised the safety of the residents around the cliff by reassuring them that precautionary measures would be put in place to avoid any damage occurring to their properties whilst the works took place.

“Once the project progressed and the cliff edge was relieved of the excess weight, it became clear that some areas of the cliff face required more severe remedial works to secure the site.

“As part of this additional work, metal curtains and netting were introduced to the cliff in order to retain future material falling from the cliff face. The team worked hard to secure the cliff face for the residents around it, overcoming many complications along the way.”

The project included the addition of paths and catch fences so that Dartford Borough Council are able to carry out maintenance more easily in the future and residents can have more protection should slippages or rock falls occur.

Jeremy Kite, Leader of Dartford Borough Council, said: “This is the result of a year-long project, and I am very pleased with the quality of work and the outcome. This was a complicated job close to people’s homes and the team at Ingleton Wood worked very hard to ensure that appropriate safety measures were put in place, in addition to protecting local wildlife habitats and minimising damage to the cliff face. I understand that the local residents are very appreciative of what’s been achieved and the measures taken to resolve a significant issue.”

Ian O’Connor at Clifford Devlin, said: “The job was extremely challenging, but working together with Dartford Borough Council and Ingleton Wood teams, we were able to overcome all of the technical and practical issues that arose, whilst gaining great feedback from the residents. We look forward to working with both Dartford Borough Council and Ingleton Wood, again in the future.”

The work undertaken by Clifford Devlin has now fully completed and the cliff has now been stabilised, preventing further erosion and providing peace of mind to the residents living nearby. 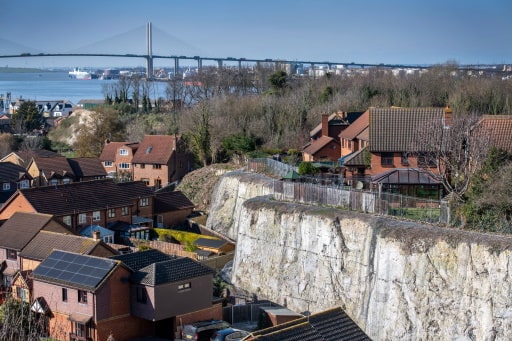 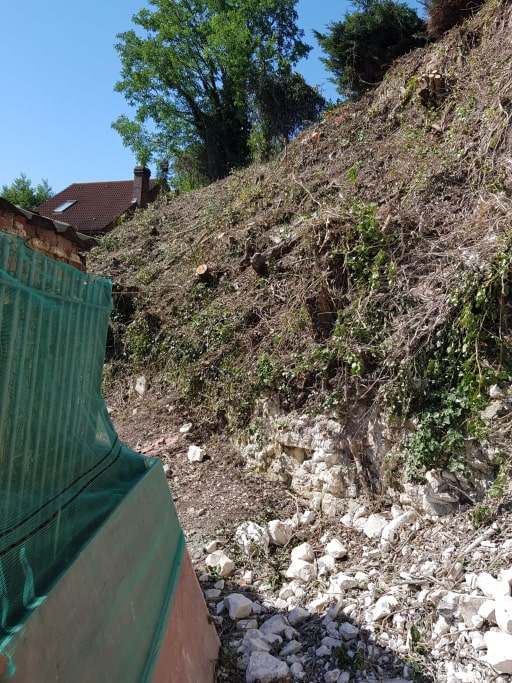