Ingleton Wood has completed the final stage of its takeover of a Cambridgeshire architectural practice with a move to new premises.

Following our recent acquisition of Martindales Architects, we have now moved our Cambridge operation from Compass House in Histon to Oakington Business Park.

Mike Miller, Ingleton Wood’s Head of Structural Engineering, will head up the new combined team of 24 employees with the assistance of Martindale’s Nick Bryant, who becomes Director of Architecture.

Ingleton Wood announced in April that it had acquired the Cambridge-based architects, a deal which also includes Martindale’s office in Hertford.

Mike Miller said: “The office move represents the final piece of the jigsaw, officially completing our acquisition of Martindales and allowing us to bring our teams together under one roof.

“The property and construction sector in Cambridge and the surrounding area is booming and we’re very excited to be in a position where we can play a major role in helping to shape its future.”

Nick Bryant added: “The acquisition by Ingleton Wood represents a great opportunity and opens up exciting new prospects. We already have several projects in the pipeline and we’re looking forward to helping the business to grow into new areas.”

Established more than 50 years ago, Ingleton Wood now has six offices across the East of England and London, employing close to 200 staff.

With commissions ranging from new build and refurbishment projects to masterplanning and survey work, the practice covers a range of sectors including education, healthcare, housing, local authority and commercial.

Founded in 1979, Martindales started solely as an architectural design consultancy but has since evolved to encompass additional in-house services such as project management, environmental assessment, principal designers and specialist consultancy services. 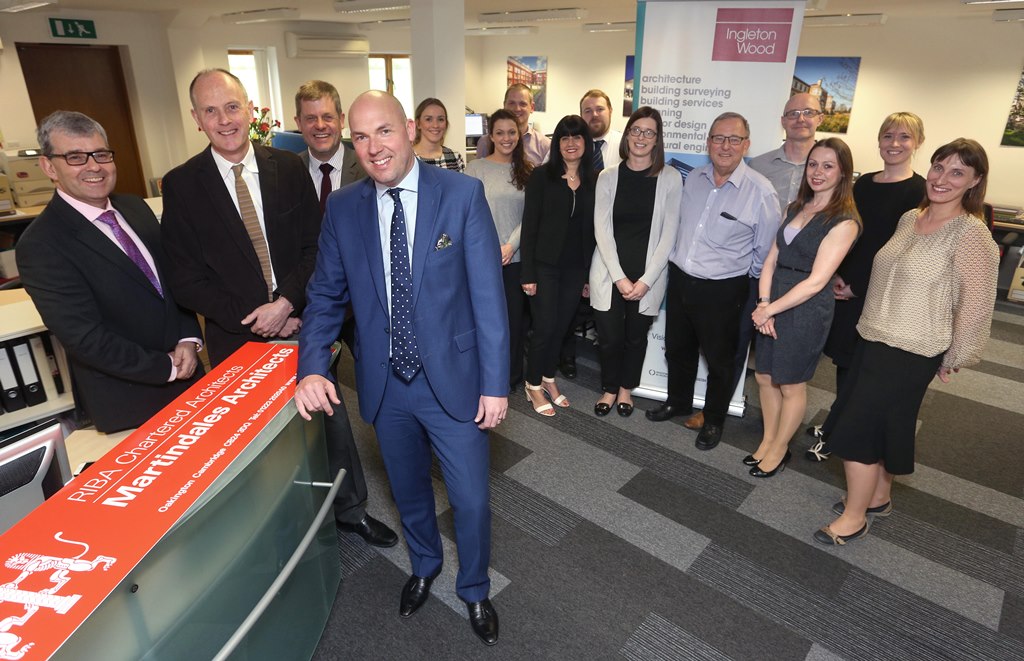