David Wright, project manager at our office in the capital, said it was a huge challenge trying to find the right space at an affordable cost in central London.

The relocation had to be planned meticulously over four months to minimize disruption to vital services.

Ian Porter, Director of Corporate Services for the North Central London CCGs, said: “David has been brilliant – and I would highly recommend Ingleton Wood for the provision of project management capacity for corporate office moves.”

Ian went on to say: “Ingleton Wood have managed all aspects with site contractors (from sourcing to ensuring their timely delivery) and also managed the liaison with the key stakeholders for the outgoing and new buildings.”

The actual move was phased over two weeks to ensure business continuity and involved the safe disposal of confidential records and the relocation of approximately 10 truck-loads of equipment and furniture to the 14th floor of Euston Tower.

The CCG had to leave its former offices at Stephenson House in NW London, including the South Camden Health Centre, when the lease on the building ended due to the Landlord’s intention to redevelop the site.

David and his team, who are based at Alie St in E1, managed the design of the office layout containing 147 workstations, refurbishment of the entire floor including a new kitchen; the transfer of confidential papers plus the sourcing and purchase of new furniture where needed. 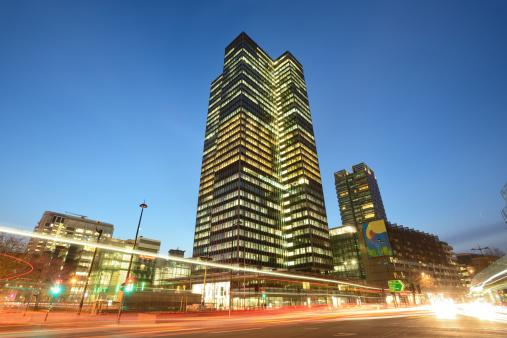