Almost 500 pupils are set to benefit from a £3m expansion project at a Hemel Hempstead Primary School.

Belswains Primary School will be one of a number of schools in the county to undergo a major expansion project.

The work has been agreed by Hertfordshire County Council, which has appointed, Ingleton Wood, to head up the design of both Belswains Primary and St Peter’s Primary School in St Albans.

Director of Architecture at Ingleton Wood’s London office, Trevor Halls said: “Following several months of consultation with the Local Authority, the School, key stakeholders and the local community, we are very proud to have delivered an exciting design and provide the opportunity to bring a modern teaching and learning environment to the school, its staff and pupils.

“Our architects, structural and civil engineers and building services teams, aided by our environmental and health and safety colleagues, have collaborated seamlessly to deliver a fully coordinated 3D Revit model of the final construction, which looks fantastic.”

The final expansion will include a new eight-classroom block with group rooms, offices and vital storage to offer support services as well as some further adaptations planned for the existing school building.

As the new building will take up part of the existing site on precious playing field area, a new all-weather multi-use games playground is also being provided.

Michael Fearnhead, headmaster from Belswains School, said: “This project will allow the school to incorporate 210 extra pupils, who will each benefit from the provision of a bright and positive building, which we believe will encourage learning.”

The scheme achieved planning approval in November 2018 with the building work set to commence in January 2019. Ashe Construction have been appointed as the main contractor. Completion will be in September 2019 ready for the new academic year. 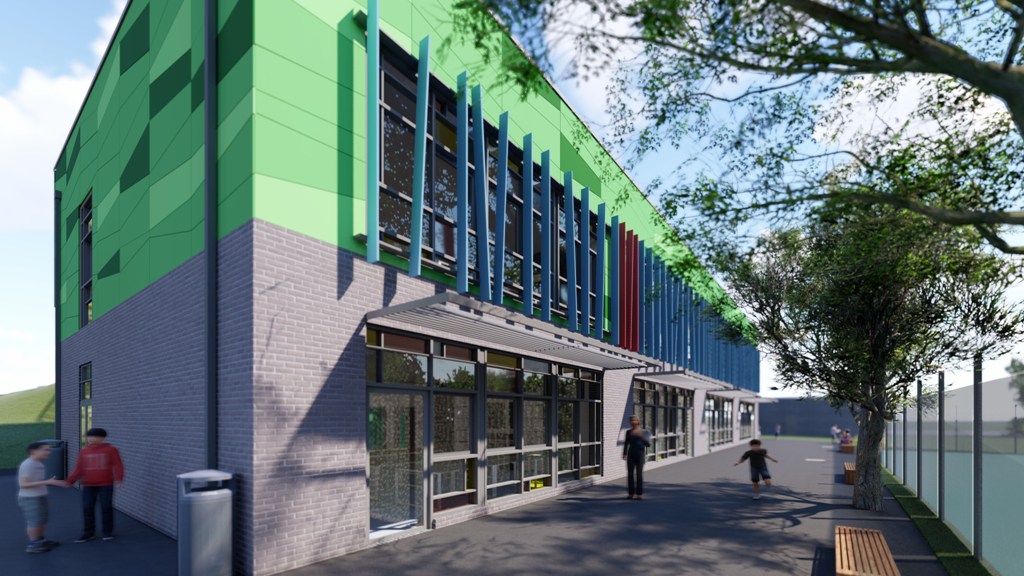 Design of the work to begin on Belswains Primary School