Ingleton Wood has called for more work placements to be made available for young people interested in starting a career in the building industry to help tackle an emerging skills shortage.

We have recently enrolled three recruits on degree-equivalent Level 6 and 7 Architecture Apprenticeships with London South Bank University – the first placements of their kind in the UK.

Toby Oxley, James Sheldrake and Lily Green, are now based at our Colchester office.

Partner Laura Mansel-Thomas said they were delighted to be playing a central role in training the future workforce – but warned that employers needed to make more work-based placements available if the sector was to avoid a skills shortage.

“Ingleton Wood has always had a strong track record of promoting youth and ‘growing our own’ and we’re excited to be at the forefront of this positive change,” she said.

“For many years we have run a successful undergraduate scheme where we sponsor candidates through university, and these apprenticeships provide another cost-effective route to gain professionally recognised qualifications, while strengthening ties between the architectural industry and academia.

“As an industry we need to do more to encourage young people to take up work-based placements so that they’re aware of the technical skills that we need.

“The Government has some ambitious plans when it comes to new housing and investment in infrastructure – but there’s a danger we won’t have the talent to meet demand.

“A skills shortage is a genuine concern. We need to change the perception that construction is all about bricklaying and manual labour. Instead, there’s lots of routes available – everything from architecture, project management and sustainability, through to building surveying, mechanical engineering and health and safety.”

Chartered Building Surveyor Charlie Holmes enrolled on Ingleton Wood’s undergraduate programme when he was 18 – graduating with a 1st Class degree from Anglia Ruskin University. Late last year he also passed his professional qualifications with the Royal Institute of Chartered Surveyors.

“It’s been a hugely rewarding experience,” he said. “I’ve been able to start a career in an exciting and fast paced sector – while gaining real, hands-on experience, with the added advantage of having no university debt at the end of it.”

Along with our apprenticeship and undergraduate schemes, Ingleton Wood is also an Industrial Partner with Design Engineer Construct (DEC) – an accredited learning programme for secondary school age students that was developed to create and inspire the next generation of Built Environment professionals. Students gain GCSE and A level equivalent qualifications.

Working with schools including Clacton Coastal Academy and Kesgrave High School, we invite students on regular work placements so that they can learn practical skills such as 3D modelling and design, while staff also visit the classroom to help with presentations and other aspects of career development.

Laura continued. “Our partnership with DEC is hugely important to us. It’s a fantastic scheme and I would encourage other businesses to take part. We work with several schools across Essex and Suffolk and it’s been a real win-win for both students and our staff. A number of students who we’ve had on placement have gone on to full time roles with both Ingleton Wood and other organisations.” 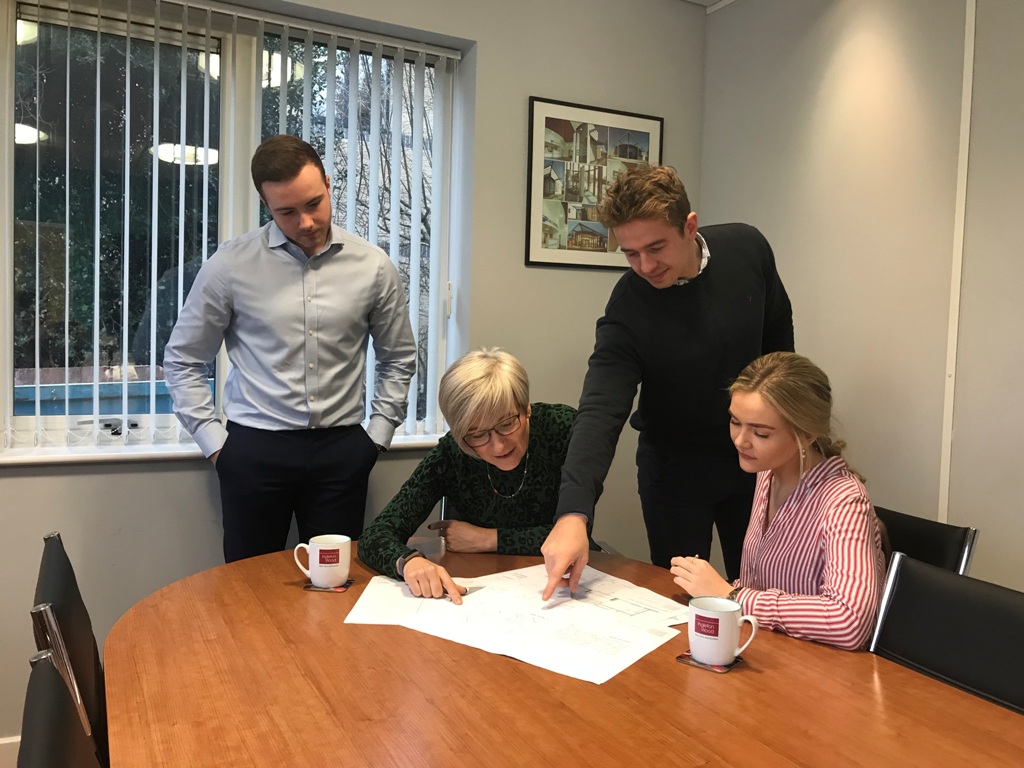