Did you see it? One of our Partners makes it into Building Magazine Wednesday, 4th September 2019

Partner and Building Services Engineer, Anni Folan-White, recently featured in the national publication Building Magazine. She contributed to its regular 'Five minutes with…' feature that appeared in August.

What has been your biggest career challenge to date?

Changing from construction to consultancy – it was a learning curve, but I see things from both perspectives which I think adds value to our projects.

If you could change one thing about the industry, what would it be?

I would promote the industry earlier at school. A lot of young adults are not aware of the opportunities and diversity of sectors within construction.

Why did you choose construction as a career?

I attended an interview with a friend at Eastern Electricity and had a lightbulb moment which illuminated me and sparked an interest which still glows inside today… sorry, had to be done!

What have you worked on that you’re most proud of?

I have several favourite projects of various sector and ranges, but it would be the Woodside Visitor Centre U-boat exhibition in Liverpool. Unearthing a U-boat, which had been cut into four pieces and constructed on wooden decking on the side of the Mersey, was a first and probably last for me.

Most helpful advice you were given?

Learn from your mistakes!

What’s your favourite building in the world?

The Scottish Parliament Building which I was lucky enough to work on. Whilst controversial, the building and its flow are exceptional, well thought-out, and were a forerunner in embracing sustainability in its design.

What single piece of advice would you give to someone just starting out in your profession?

Listen and read, but don’t ever be afraid to ask questions or challenge ideas.

Who do you most admire in the construction industry?

Many people, including those who have inspired and mentored me at various points in my career, such as Alan ‘Charlie’ Chambers, Tom Cooksey and John McCormick.

What famous building do you wish you’d worked on?

The Blue Mosque [Sultan Ahmed Mosque in Istanbul]. The lighting is amazing. I would still like to work on a mosque at some point in my career.

Which famous building do you most dislike?

I am not keen on The Shard – I was not impressed with the use of space when I saw it.

I think it’s brilliant. I am very lucky to have family, friends, home and a job I love.

What do you think your best quality is?

What trait do you most dislike in yourself? And in other people?

In myself, taking on too much. I like to do a good job and don’t want to let anyone down. In others, greed.

Do you have a life philosophy?

Do what you can, when you can, to the best you can.

When someone smiles at you, rain, and good wine!

What’s a secret skill we don’t know you have?

What’s your most prized possession?

A jewellery box given to me when my grandad died.

An early bird. I am really annoyingly happy when I wake up!

What would your superpower be?

The ability to make people happy.

If you’d like to see the article online visit the link here: https://ubm.io/2jYKeJL 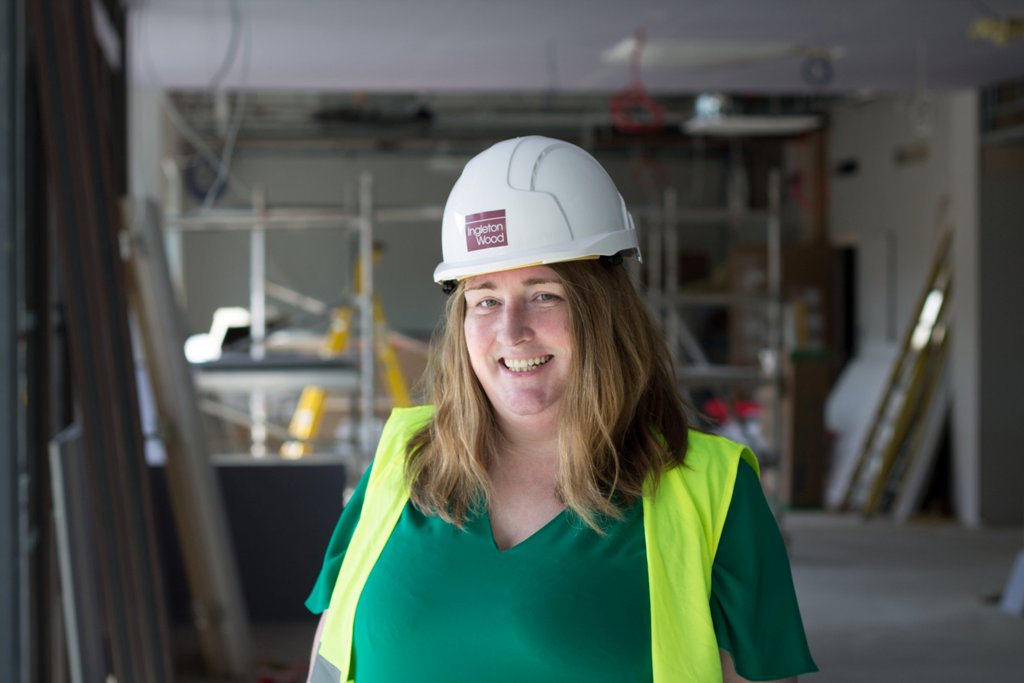