We played a key architectural role in the construction of a £5million residential development of luxury apartments, originally dating back to the 2008 recession, to help complete the regeneration of Colchester’s historic Hythe waterfront.

We worked with Heritage Developments to provide a new generation of homeowners with a range of 37 apartments overlooking the River Colne near the University of Essex.

Historically, The Hythe was a commercial harbour but as its fortunes declined it left behind underused industrial land before its revitalisation in recent decades.

That regeneration is largely driven by the town’s acclaimed university where a third of students come from 140 countries worldwide.

Senior Associate and Architect Alec Hunter said: “Colne View represents a very important development for Colchester and we were excited to use our experience and expertise to help complete the long-awaited sustainable revitalisation of The Hythe.

“The original site had been left dormant in derelict land for a long time, which presented unique challenges, not least overcoming a lack of space on site due to the surrounding developments.

“We made use of modern light gauge steel construction to accelerate the project which has resulted in an energy-efficient and aesthetically pleasing building.”

Planning approval was originally granted in 2006 but the financial crash saw the collapse of efforts to progress plans. We were appointed as architects almost a decade later in 2015 to help realise the original vision. The final phases of the eight-storey construction have now finished and all properties have been purchased.

Paul Feavearyear, Construction Director at Heritage Developments, said: “We are delighted to unveil Colne View as one of the last pieces in the regeneration jigsaw of this progressive and modern area of Colchester, especially with the neighbouring University of Essex going from strength to strength and achieving strong international recognition.

“Ingleton Wood proved to be a very responsive and efficient key partner. We were confident in their vision and now local businesses and the community are reaping the rewards.”

Colne View and The Hythe form part of Colchester Borough Council’s Colne Harbour Masterplan, which aims to improve the provision of homes, infrastructure, employment and leisure facilities in the area. 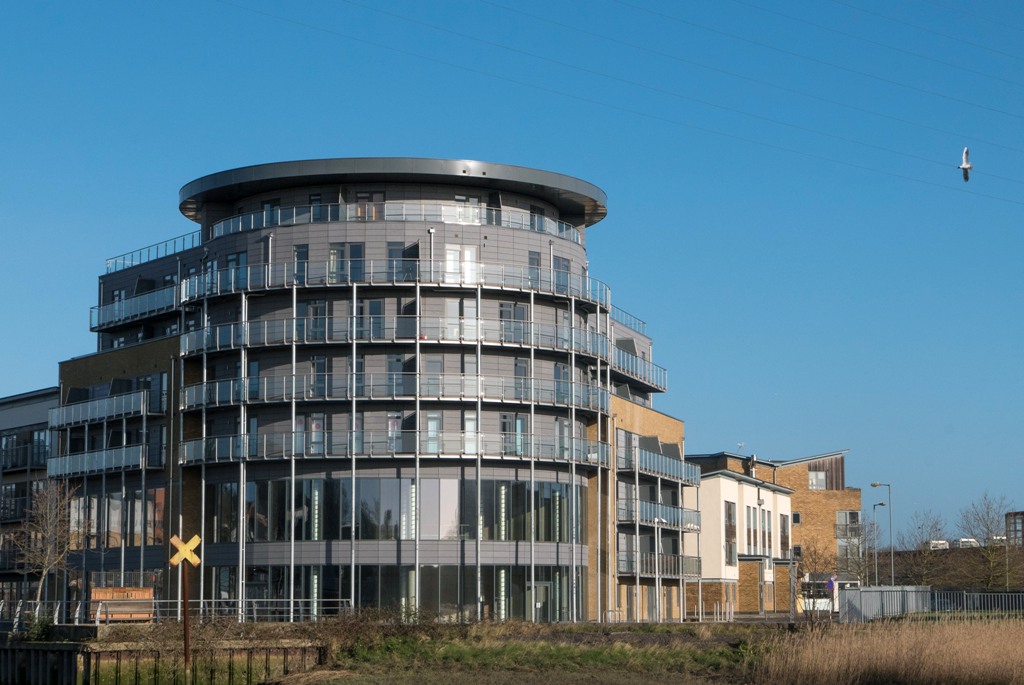