Andrew Dowell, a senior planner at our London office, casts his expert eye over the London Plan – the fraught 500-page vision to reshape our post-Covid capital over the next 20 years – and has picked out 7 key areas that could seal its fate.

A lot has happened since the ‘new’ London Plan was first envisioned back in October 2016. Trump, Brexit, and two general elections have come and gone, leaving behind huge cultural, political and economic legacies and indelible imprints on our collective consciousness.

We’ve had a global health pandemic that will change profoundly how we live and work and pose new challenges for planners. Not to mention the escalating climate emergency.

But finally, with understated fanfare on 2 March 2021, the London Plan was formally adopted by Mayor Sadiq Khan. The 500-page plan sets out the development strategy and building priorities for the capital over the next two decades.

Making London a zero-carbon city by 2030, protecting the green belt, improving air quality, and a long-term target for 50% affordable homes in new developments are flagship targets which sit under the overall aim to build 52,000 homes a year – downgraded from 65,000.

It comes at a pivotal and challenging time and follows four years of political attrition. But it also delivers much-needed certainty and tangible design-led policies to secure London’s sustainable future. Here are seven areas that could determine the London Plan’s legacy.

Large swathes of London boroughs such as Bexley, Croydon, Richmond and Waltham Forest have seen their housing needs rise by over 100%. The plan recognises the housing crisis and sets out ambitious housing growth without impinging on the green belt.

New provisions will better support councils to enforce the amount of affordable housing in new projects including ‘greater transparency around viability assessments’.

The emphasis has been placed on increasing supply through brownfield and windfall sites, car parks and retail redevelopments. Increasing density around transport hubs and surplus utility and public sector sites is another pleasing focus.

No surprises here: the plan will continue to protect the green belt and Metropolitan Open Land (MOL). It aims to make the green belt more accessible and of higher quality.

The Mayor’s initial plan sent to Housing Secretary Robert Jenrick in December 2019 said any harmful green belt or MOL developments should be refused. Mr Jenrick asked Mr Khan to soften this stance by adding the clause “except where very special circumstances exist”. This brings the London Plan in line with the National Planning Policy Framework.

A series of complex revisions ensued but in the end the plan does support intensification and higher density solutions in the most appropriate locations.

Boroughs now have greater flexibility to release industrial land to meet housing demands and they must demonstrate that all brownfield sites and underutilised land have been exhausted when considering the green belt or MOL boundaries through local plans.

Protection for industrial land will be diluted, partly thanks to the new direction to provide sufficient industrial and logistics capacity (replacing ‘no net loss’), and it can be expected that competition between residential and industrial will intensify. That said, decisions will still be handled sensitively by local authorities: ‘once it’s gone, it’s gone’.

Covid-19 has only reinforced consumer trends in online shopping and heightened the impact on logistics and last mile delivery where demand for new sites has accelerated. The growing trend highlights just how much we rely on our supply chain network. The planning process faces a difficult juggling act to satisfy conflicting industrial, logistics and housing demands but there are many examples of successful coexistence across London from which to learn.

The plan states “residential development that does not demonstrably optimise the housing density of the site” should be refused. This means a design-led approach will be required.

It echoes a government White Paper calling for more homes at ‘gentle densities’ in town centres and brownfield land near infrastructure. With inevitable subjective interpretation of ‘gentle’, some boroughs may well seek to limit development in lower density areas. The Greater London Authority (GLA) will likely expect this to be determined in line with its draft Quality Homes for all Londoners which seeks to balance site capacity with local context.

Interestingly, the plan places an emphasis on capacity assessments for new and existing infrastructure projects, as well as the effects of nearby developments. This will be addressed by boroughs in their Infrastructure Delivery Plans. It’s of concern that the need to provide an in-depth assessment of local infrastructure might only frustrate development.

The plan has refined its definition of zero carbon to require new buildings to meet at least 35% reduction of carbon on site with at least 10% (housing) and 15% (non-housing) from energy efficiency. Any residual emissions are to be paid as a cash in lieu fund at £95 per tonne of carbon.

While a tough target, it is right to reduce energy requirements at the time of construction through good design and detailing.

The plan is also pioneering the regulation of embodied carbon levels in proposed buildings. The Mayor requires all major developments to be net-zero carbon by 2030. Its welcome policies mean all schemes must ‘calculate whole life-cycle carbon emissions through a nationally recognised assessment and demonstrate actions taken to reduce them’.

We’re really pleased to see the addition of ‘Be Seen’ to the ‘Lean, Clean, Green’ philosophy. This requires buildings to verify and report on energy and emissions after occupation, whilst helping to ensure that we can all learn from good – and bad – design.

Post Occupational Evaluation is an important concept that is often missed on projects. It feeds learning into the design teams for future projects and helps people to live and work in lifelong energy-efficient buildings.

Essentially, unless a higher threshold has been set locally, the plan’s tall buildings policy will be engaged for any proposals over six storeys, providing greater control over developments in lower to mid-rise areas of London where local plans are silent on the height threshold.

The Secretary of State direction stated: “There is clearly a place for tall buildings in London, especially where there are existing clusters. However, there are some areas where tall buildings don’t reflect the local character.”

There is a risk this may reinforce existing patterns of low-density urban form, reducing the opportunities to optimise the development potential on some otherwise sustainable sites.

But is the London Plan Covid-proof?

With London delivering well below its identified housing need (almost 100,000 a year) the new London Plan will almost inevitably result in previously protected sites such as industrial land and Metropolitan Open Land being released for development.

The Mayor faced difficult choices and ended up making major concessions – or risk failing to get the plan adopted in time for the already-delayed Mayoral elections.

The time it took to get the plan adopted calls into question how up-to-date and relevant it is. It was conceived in pre-pandemic times before the shift to hybrid remote working and is reliant on high density housing delivery.

High streets and town centres will be under huge strain post-Covid but question marks remain over whether planning policy is flexible enough to adapt to these changes, not to mention the significant increase in housing demand during the time it took to get adopted.

We will continue to digest the full implications of the London Plan and following the Mayoral Elections in May we can focus on working together to deliver a sustainable legacy.

Ingleton Wood’s planning team has vast experience of advising on planning issues in London and the South East. Get in touch to discuss the London Plan’s opportunities. 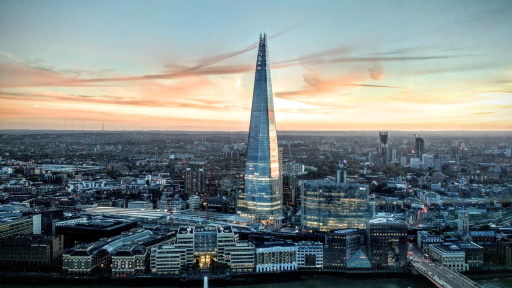