Energy Performance Certificates (EPCs) are “misleading” indicators of zero carbon buildings and should no longer be used as official guides to help lower emissions, Ingleton Wood has warned.

We’ve conducted fresh analysis which shows actual carbon emissions for electrically heated buildings are around 60% lower than predicted by EPCs, mainly because EPC methodology uses carbon factors set by the 2013 Building Regulations rather than up-to-date figures.

According to Ofgem, over 2.1 million homes use electric heating. The change in the carbon factor has been dramatic as renewable technologies continue to make up more of the grid electricity mix while coal generation continues to fall.

An EPC report would today estimate a carbon footprint of 519kg per year for a typical electric heated home needing 1,000 kWh/yr of heating, our research found.

“EPCs are a powerful tool in fighting climate change but they are now not only becoming worse at indicating building carbon emissions as the grid’s electricity moves towards renewable generation – they are becoming increasingly and actively misleading.

“In our real-life example of an electric heated home, an EPC would have mistakenly shown gas as having around half the carbon footprint of electricity.

“This seriously risks confusing homeowners and landlords, leading policymakers to incorrect conclusions, and discouraging the decarbonisation of heat away from fossil fuel systems because they appear to reach higher EPC ratings far more easily than electric heating.”

EPCs were introduced in 2007 to record a home’s energy efficiency rating from A to G, with E the lowest legal standard for tenants. EPC assessors recommend changes to lower the carbon footprint and energy bills. EPCs are also used to identify households in fuel poverty, with around 16 million homes in England (two thirds) currently rated D or worse.

As Britain steps up action on climate change, the government is placing greater emphasis on EPCs to help homeowners and landlords make improvements to cut energy use and their carbon footprint in support of UK net zero targets.

In September 2020, a government consultation found only 3% of industry respondents rated EPC reliability as “good”, with criticisms over energy usage and performance assessments.

For example, in Essex, 178 homes have 100+ EPC ratings but 1,777 had a zero or better rating for carbon emissions per floor area. Of these, 72% were EPC rated A or B but eight, three and two were rated E, F and G respectively.

Jason added: “How can F and G homes be zero carbon? They were mostly period properties from the 1900s with wood log or pellet sourced heating and an assumed renewable source of energy.

“But it means zero-carbon properties can have a low EPC rating if you have the right combination of high cost and low carbon fuels in a high energy demanding property.

“While the next update to the Building Regulations, due imminently, may mean new EPCs are produced with carbon factors closer to reality, the decarbonisation of the electricity grid will mean EPC metrics will remain static and very soon be out of sync once more.

“EPCs were developed and continue to provide a static consistent comparison between properties, but as we seek to improve building performance in relation to achieving actual zero carbon ratings, we need to find a way to provide real-time data to continue to tackle the climate crisis.

“EPCs are not the correct tool for this job and I think a huge question mark hangs over whether we can trust EPC recommended improvements for cutting carbon emissions.” 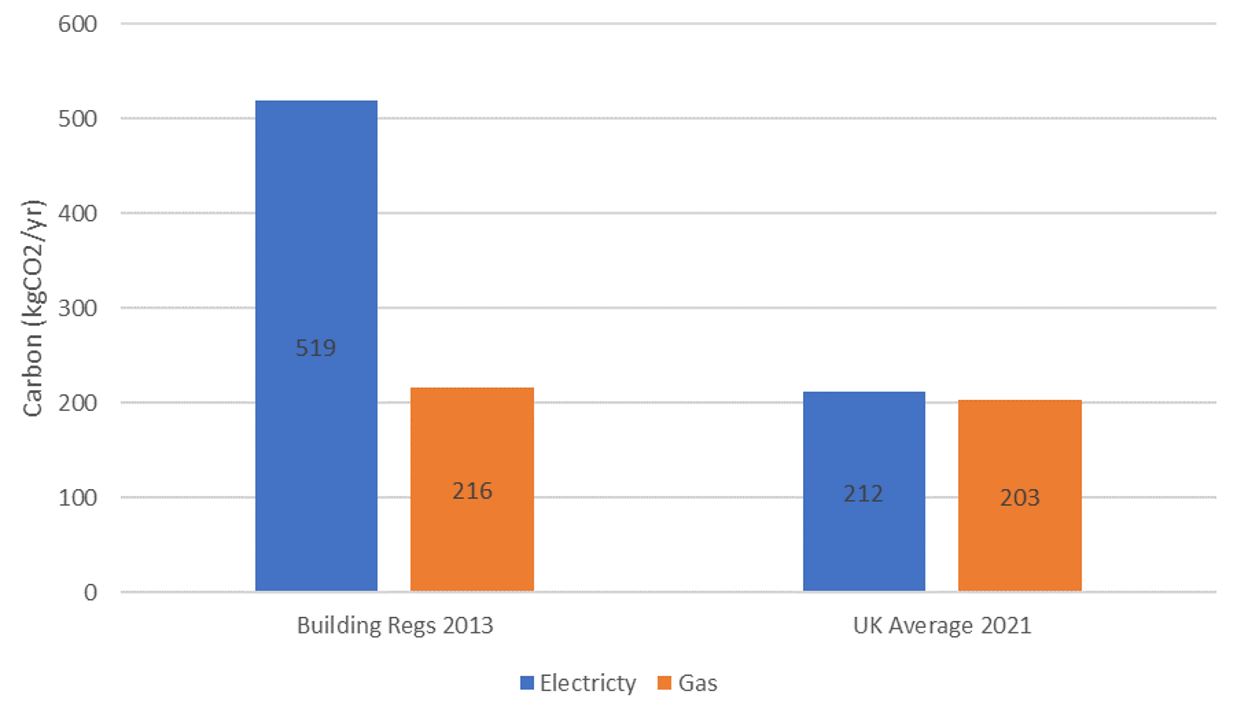